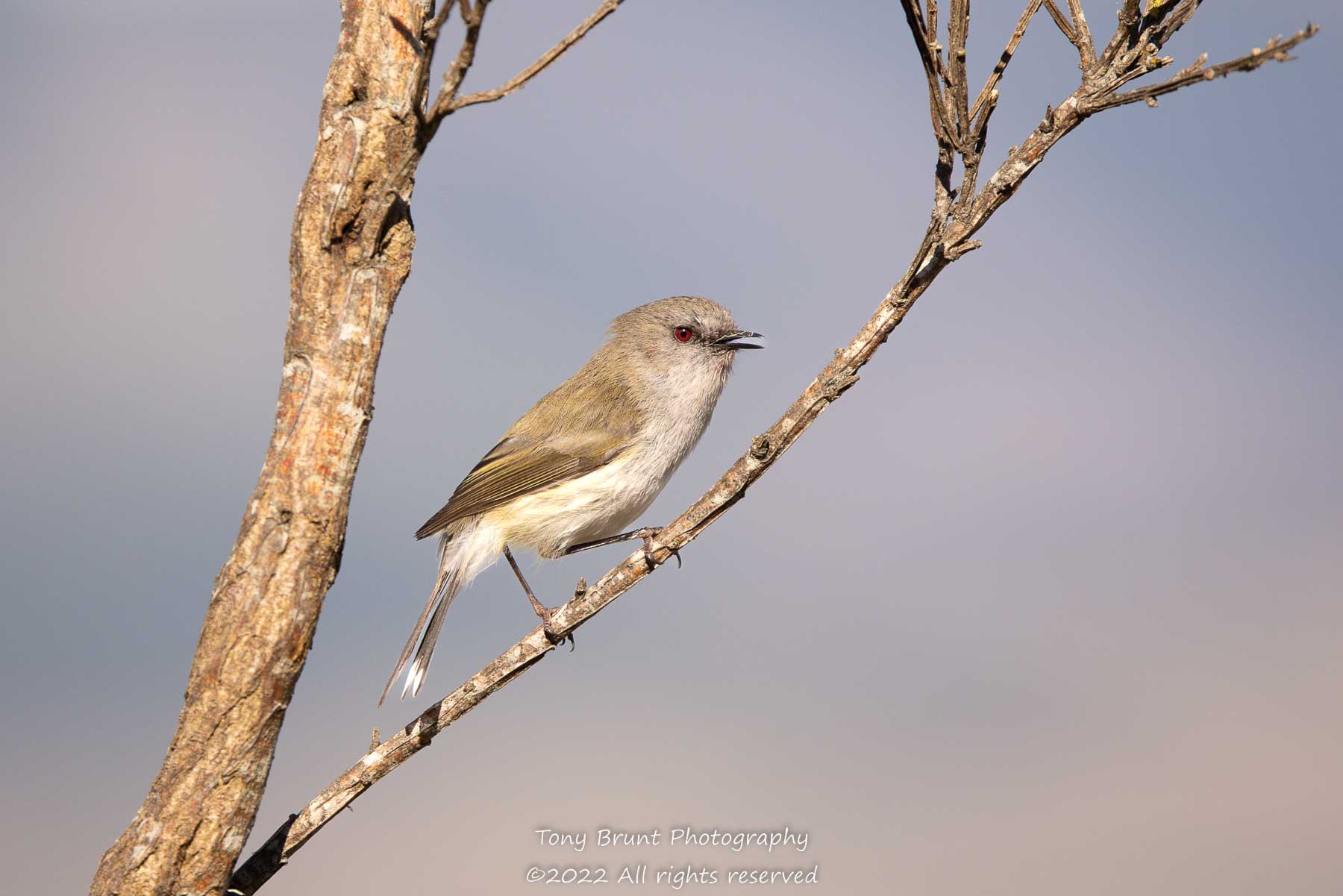 The thing that keeps me motivated to get out and photograph birds is that I’m always looking for a better shot.  It might be with the bird doing something interesting, getting closer or getting it out of the bush onto a clear perch with a neutral background.  The process goes something like this:

You see a bird you haven’t photographed before and irrespective of the light, or position you take the shot.  You look at it on the computer later on and are sort of happy because you got a shot of the bird, therefore proof that you saw it.  But you know you can do better. You start imaging how to make the shot better.  You start playing bird song to try and entice the bird out into the open. You wait, and if you are lucky you get a better shot.  But it’s still not quite perfect, so you keep going until one day all the ingredients come together and you get the shot you imagined.

Such was the case yesterday.  Greg and I went for a walk around Sugarloaf.  We were stopped in a sunny spot playing a Grey Warbler call song.  Quite a few were flying around, but they aren’t the sort of bird to hang around, and they don’t tend to hang out in the open, so initially it was a bit frustrating.  Eventually, one little guy came and landed on an old broom bush and hung around.  I had my 800 lens on the camera which meant I couldn’t focus on the bird as it was too close. I was also standing on the dark side so the bird was backlit. Fortunately I had brought my 100 – 500 lens with me, so I walked to the other side so the light would be behind me and changed the lens.  I think the bird realised he was dealing with amateurs, so he came back to give us another shot.  Once again he hung around and posed for us for a bit, then took off.  We couldn’t believe it when he came back to the exact same (nearly perfect) spot, and did his dance routine again.  I was quite exited by the end.  I had finally gotten the shot I had imagined getting.  It seems the more you go out with your camera, the luckier you get … or something like that!

PS: You can also see that I have removed the branch on the left in most of the shots, but I left one with it in. You can decide if you like it with or without the upright branch.