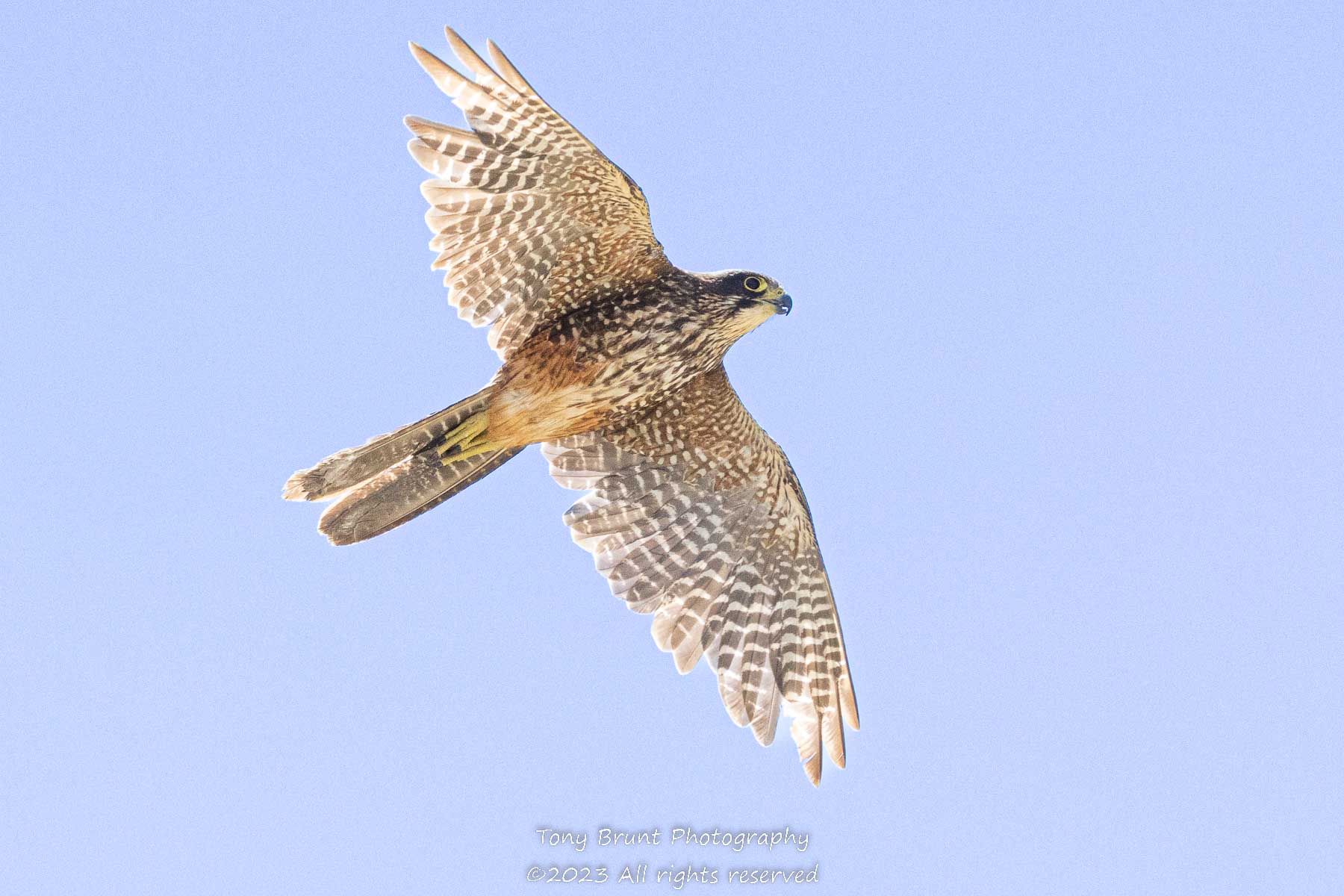 For years now a friend has been bragging about her close encounters with New Zealand Falcons. And so, for years I have been jealous! To be frank, this has become a little annoying over the years, so last weekend whilst staying at Lake Ohau, I asked very nicely if Sharon could guide me to where she had last seen them.

Whilst hiking through the bush beside Quailburn stream, three largish birds flew over our heads fairly soon after we had started. I naturally yelled, “Falcons” (I was perhaps a little over focused on Falcons, pretty much every bird was going to be a falcon that day) as they quickly disappeared behind a big tree. Sharon said no, she thought not.  Then followed a long discussion on what other bird it could have been whilst we weaved our way through the myriad of fallen trees that were blocking the track. In truth, there aren’t many biggish bush birds in New Zealand so our choices were pretty limited. In the end we settled on it being either a Falcon, Kaka or Long tailed cuckoo (the adults of which can be confused with Falcons.) We decided to leave it as “we don’t know” and kept walking. (The more I thought about it though, the more sure I was that they were Falcons!)

After walking for around 2 hours we got to the bluffs above the east branch of the Ahuriri river where Sharon had last seen a pair of Falcons. (The Te Araroa trail follows the river).  Right on cue we heard their cries and were dive bombed by a pair of them.  We had Cello the border collie with us and they seemed to be mostly dive bombing him, which was fine by me.   I tried, and tried and tried to photograph them as they came at us at speed, but the autofocus system struggled to pick up a brown bird flying at speed with a brown background.  These are the best of what I got.  After watching them for awhile, we (Sharon) decided we were being unfair to them as they were clearly agitated by out presence (we were at least 200 metres away from them, so it’s not like we were crowding them! Honest guv)  We wandered back to the car doing our bit for conservation by pulling out any wilding pines we saw along the way.

In a way, the Falcons got the last laugh, because as we were changing out of our wet shoes by the car, two falcons flew over our heads!  That decided me on two things: The three birds in the bush were definitely falcons, and secondly, we should have just stayed in the car park!

Here’s a link to my Strava record.